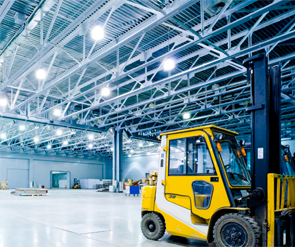 LEDs cost more upfront, but they require less maintenance, do not have to be replaced nearly as often and run much more efficiently. In addition, LED lights put out 1/30 the amount of heat an incandescent light bulb emits saving money on cooling costs.

LED lights are not broken as easily as standard incandescent light bulbs or CFLs. Because LED lights are constructed in a solid enclosure, they are able to withstand more bumping and jarring than traditional light bulbs.

LED lights require very little power. Because they require such little power they can easily be run off of generators, solar systems or low voltage systems.

Unlike CFLs, there is no mercury used in the making of LEDs. This makes LEDs safer if they are broken as well as safer for disposal. 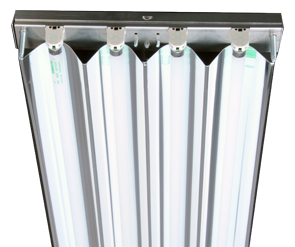 Benefits of Linear Fluorescent Lighting for Interior and Exterior Applications

Fluorescent lights are less expensive to operate than traditional incandescent bulbs because they run at a much cooler temperature. Because of this they do not have to be replaced as frequently and they are safer to use. With fluorescent lights you can cut cooling and electrical costs.

When you replace one incandescent light bulb with a fluorescent light bulb, you prevent unnecessary energy consumption and reduce the amount of waste in landfills because lights run more efficiently and don’t have to be replaced as frequently.